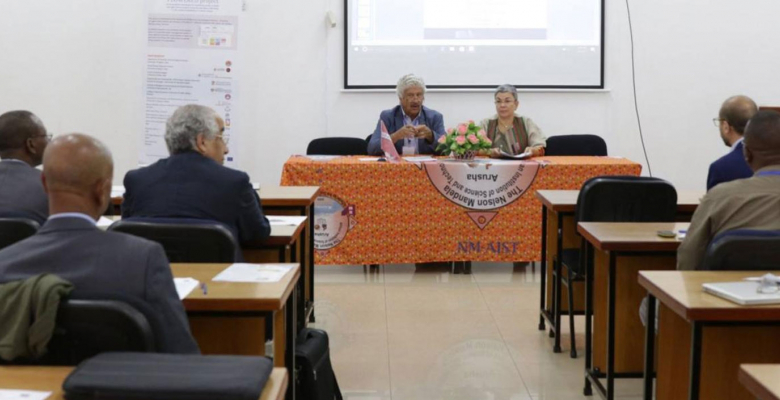 The first FLOWERED General Assembly was held on 20 July 2017 in Nelson Mandela African Institute of Science (Arusha, Tanzania), with the participation of the representatives of the 14 members of the consortium and the OSS Executive Secretary, M Khatim Kherraz.

During this meeting, the Work packages leaders presented the achievements and the results recorded in the field of geology, hydrogeology and geophysics during the first year of life of the project. OSS, which is in charge of the communication and dissemination activities of the project, also presented the activities carried out during this first year, particularly the launch of the website (www.floweredproject.org), the newsletters, Posters, flyers, and videos, in accordance with the project's strategy and communication plan.

Among the most important recommendations emanating from the first session of the General Assembly there is the need for all members of the consortium to communicate more about the project's achievements and to enable OSS widespread to the large public the consortium's know-how and project achievements.